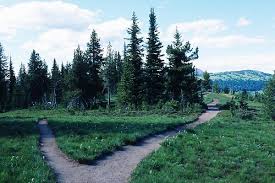 This week has been a week of juxtapositions. The shock of Sunday’s shooting in Arizona leaves our nation reeling in tragedy. No doubt, the weeks ahead will have much conversation regarding our freedoms as citizens of this fine country. Monday was a different day. Monday was the 90th birthday of my maternal grandmother, who is the Christian matriarch of my family.

As the days have gone by since Sunday’s and Monday’s events, as well as with our own soon-to-be-born baby, I’ve wondered about the legacies we all have a role in bringing about. The shooter in Arizona chose one path. A path of destruction. My grandmother has chosen another. A path of edification and life.

During His ministry on the earth, Jesus was confronted by the Pharisees for His healing of a man born blind. Jesus restored this man’s sight and was questioned by the Pharisees later for healing on the Sabbath, a big no-no in that time. In the questioning that followed, the Pharisees were trying to figure out what sort of Man would do such a thing. How could someone who was not from God perform such an amazing miracle? On the other hand, how could a godly Person break such rules?

Jesus’ response to the Pharisees cuts to the quick. Jesus says that He is the door—salvation and life come only through Him. Moreover, the thief comes only “to steal, and to kill, and to destroy” (John 10:10). But Jesus has come that those who believe in Him “may have life, and that they may have it to the full” (10:10b).

Here we see yet another set of two paths. One leading to destruction, and one bringing life. As we live our lives in light of this week’s events, may we be aware of our choices and the legacy we live.

What will you chose?